How to Unshare a Google Doc

Sharing a Google Doc is a simple task that allows others to edit or view a document via a link. The technology drastically improved the ability to work together on projects and receive feedback in digital form, among many other benefits. But what if the sharer of a Google Doc no longer wants others to have access to it? The good news: The process on how to unshare a Google Doc is just as straightforward as sharing in the first place.

How to unshare a Google Doc on Google Drive

Creating a Google Doc gives a user significant control over access to it. The creator can add other users to the document access list via email, affording them the option to edit, comment on or view the document. The creator can also create access via a shareable link, with a couple of different choices on how restricted the link is. 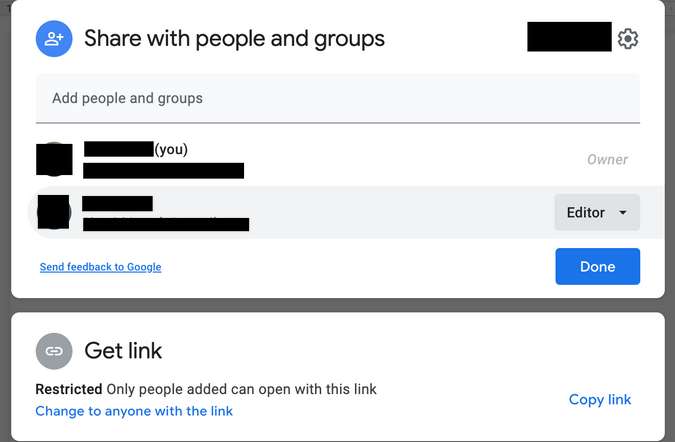 Once generated, however, unsharing a Google Doc is like working backward. The creator doesn’t need to specify a reason, either, whether the removal of other users comes after they left the company, moved off a project, changed groups in class or any other situation.

The best part about removing or altering another user’s access to a Google Doc is that the process is simple and not permanent, like the creation of the Google Doc in the first place. The Google Doc creator can again change someone’s access to a file in the future if needed, with zero objection from Google.

A user cannot remove the Google Doc’s creator—only the creator can remove themselves. A side note: Removing a user from a Google Doc’s access list won’t restrict their access right away if the user is currently viewing the document. The removal will take effect immediately after the user leaves the file.

Use the following steps to unshare a Google Doc.

1. The opening step is simple: Click the blue “Share” button in the top right corner of the Google Doc in question.

2. Next, when the “Share with people and groups” window comes up, the list of users with access to the document should be visible underneath the creator’s name. 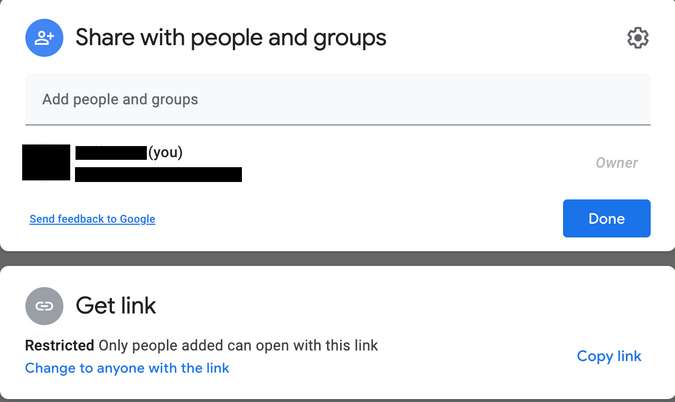 3. Once all the users with access to the Google Doc are visible, there is a drop-down menu to the right listing the options to leave the user as “Editor” or change their access to “Viewer” or “Commenter” only. Click on the menu. 4. Once the menu drops down, the creator of the Google Doc can change ownership of the document, remove other users or, as mentioned above, change their status. To remove (or unshare) the Google Doc with the user in question, click “Remove.”

How to restrict access to a Google Doc link

If the creator of a Google Doc wants to restrict access in any way to the shareable Google Doc link, the process is similar and equally as straightforward.

1. In the “Get link” section, the creator of the Google Doc can click the drop-down menu next to “Anyone with the link.” 2. When the menu drops, the Google Doc creator can change access to the link. If the creator chooses “Restricted,” the link will be accessible only to other users with whom the creator shared the document.