How to Remove Malware From an Android Phone

There are currently more than 2.5 billion active Android devices. Unlike iPhones, Android devices use an open source OS, meaning bad actors could potentially tap into its source code for ill intent. So if your device acts strange or runs slower than usual, it could be a sign your phone may be infected by malware.

Learning how to remove malware from an Android phone is something every Android user should know to better protect themselves from possible attacks.

How to tell if malware is infecting your Android phone

Malware is malicious software designed to damage your computer or mobile device. It can force your phone to download unwanted apps, charge you premium rates for unwelcome text messages or steal your personal information.

Malware can navigate you to web pages filled with ads designed with the intent to make cybercriminals money. It uses aggressive tactics such as displaying ads in your notification bar, creating search engine shortcuts on your home screen, and more.

All this to say, the better able you can spot malware on your phone, the faster it is for you to be proactive.

Here are signs that your phone may be infected:

None of these signs is definitive that malware is on your phone. To make sure, you may want to run an antivirus scan on your phone.

How to remove malware from your Android phone

If you know or strongly suspect that your phone has been infected with malware, there are a few things you can do.

First you can try to remove malware using antivirus software. There are both paid and free apps that can help. You can start with Android’s Google Play Project, though detractors say it’s not as effective as it claims to be. Each antivirus software will have its own instructions on how to remove malware. In general, most softwares will scan your phone, let you know of any possible issues and offer to remove them.

Otherwise, here’s how you can remove malware manually: 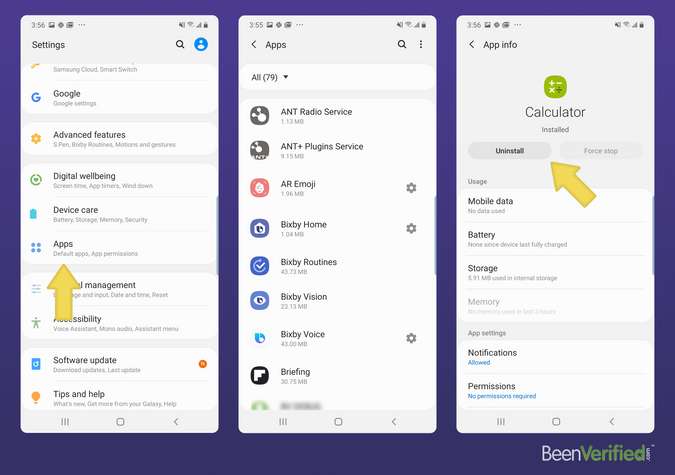 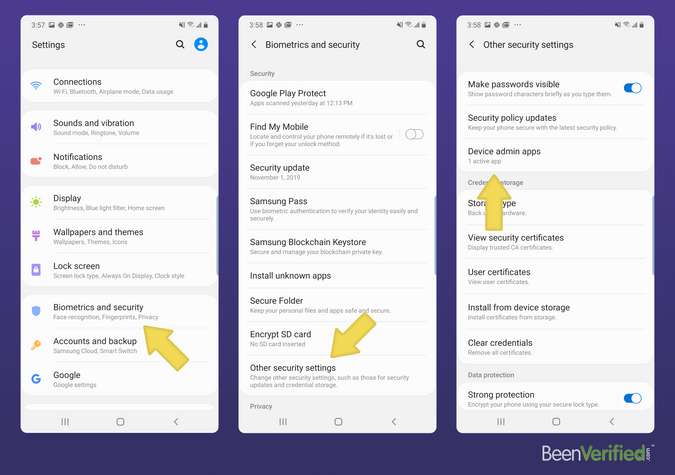 Other malware protections to consider

It sounds obvious, but one of the best ways to minimize the risk of malware taking over your Android phone is to install a reputable antivirus software. It also means remaining vigilant about the types of apps you install onto your phone.

Always be on alert for suspicious communications you receive, such as unwanted text messages and emails. Consider using a reverse phone or email search lookup before clicking on any suspicious links that may wreak havoc on your device.

Best Spyware Detector and Removal Apps 2021: Which Is Right For You?

Best Spyware Detector and Removal Apps 2021: Which Is Right For You?

How to Tell If Your Phone Is Hacked