Who Is Your Textdoor or Number Neighbor? A New Viral Trend

Remember when kids used to make prank calls? A new trend is bringing the practice back, this time in a different form. It’s now become a thing to text your “number neighbor,” or the person with the phone number that’s one digit off from yours, and see what happens.

Texting your number neighbor—or your “textdoor neighbor”—allegedly started in the summer of 2019 when a Twitter user tried it and shared his results online. Other people followed suit, with occasionally hilarious outcomes.

A number neighbor is someone whose cellphone number’s last digit is one off from yours. So, if your number was 917-555-5555, you’d send a text to 917-555-5556 or -5554. Sometimes this means you may be texting someone nearby since you share an area code and a local exchange. But since many people keep the same cellphone number from a previous address, you could be texting someone who lives thousands of miles away.

Textdoor neighbors isn’t a new concept. In fact, the urban dictionary entry for “text door neighbour” dates back to 2008.

“Back in the day, it wasn’t that big of a deal, because 10, 12, 13 years ago, smartphones weren’t as popular,” said Zohar Pinhasi, CEO of cybersecurity company MonsterCloud.

What’s an example of a textdoor neighbor?

The idea is to text your number neighbor and say, “Hey, it’s your number neighbor!” Sometimes this works out, and sometimes it doesn’t. Thanks to several people who’ve posted their number-neighbor results online, it’s possible to see how these interactions may go down.

Plenty of people have gotten ignored. 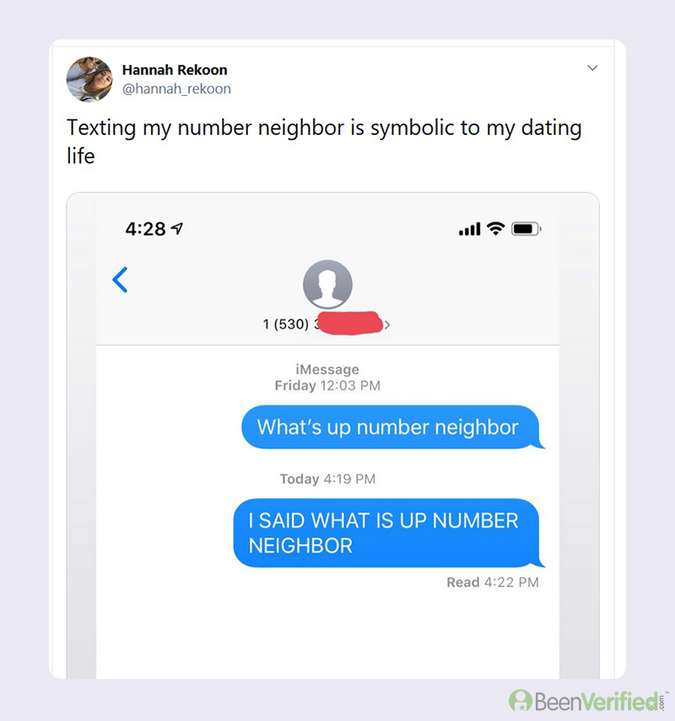 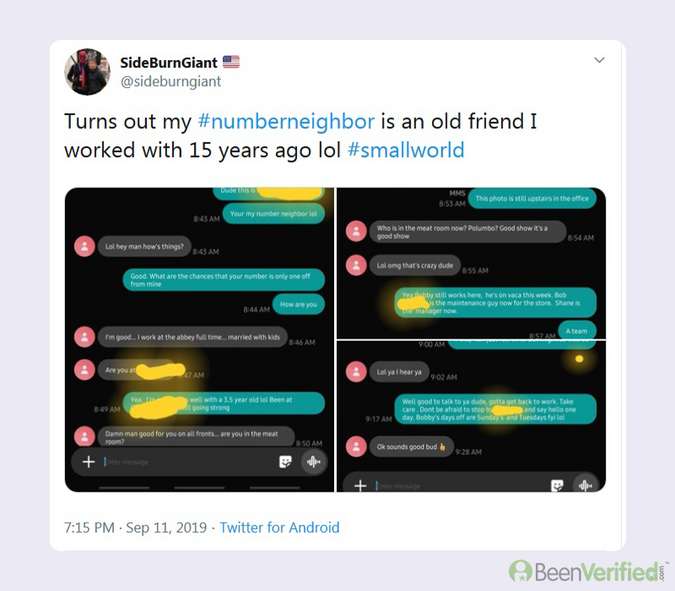 One woman got a date. Another woman got death threats. 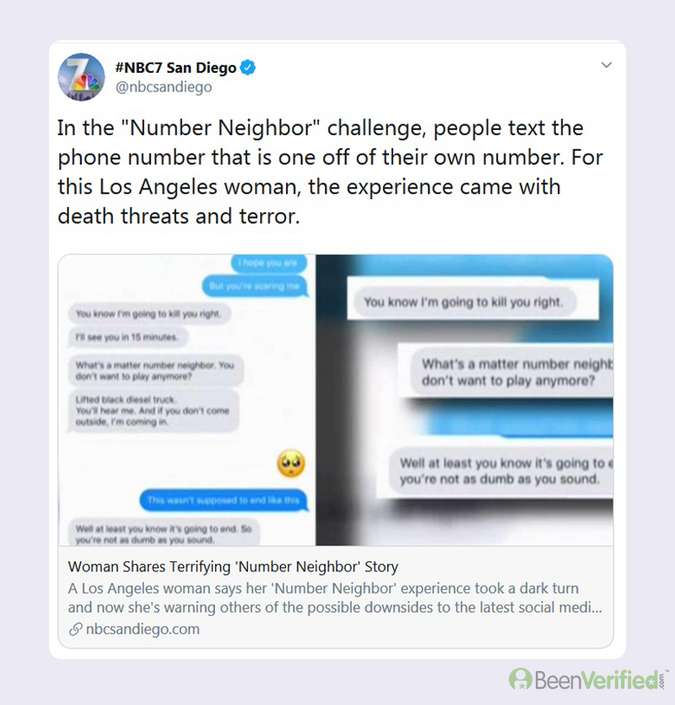 The short answer is “no.” “It presents some privacy and identity risks for all individuals,” said Chelsea Brown, a cybersecurity consultant and CEO of Digital Mom Talk.

First, you have no idea who you’re texting, and reaching out to total strangers is seldom a good idea (all the more so where kids are involved). By having your cell number, someone can access other information about you. “[With] a phone number and a first name, you can look up a lot of information on people,” Brown said. “A lot of these kids just have no idea. It can escalate very quickly.”

You could also accidentally put yourself in a bad position. You could be texting a child. You could be texting someone in the middle of a bad situation, or someone who really doesn’t like hearing from strangers. The possibility for a poor outcome vastly outweighs the potential for a fun interaction here.

The same goes for responding to texts from your number neighbor—it’s a bad move. For all you know, that’s not even their real number. “We live in a digital world where you can spoof a number,” Pinhasi said. “I can call you right now from your mom’s number. It would take me half a second to do that.”

Want to know who your number neighbors are?

If you’re tempted to answer a textdoor text, consider using a reverse phone lookup service to try and check who is claiming to be your number neighbor.

If you do reply to a number-neighbor text, don’t give them your name or address, which can be used to steal your identity or otherwise put you in harm’s way.

“There is absolutely no way to know who’s on the other end of that phone,” Pinhasi said. “It’s really that simple.”

How to Shop Safely Online: Top Seasonal Tips for 2020

How to Send Secure, Encrypted Emails

How to Shop Safely Online: Top Seasonal Tips for 2020

How to Send Secure, Encrypted Emails

Best Secure Email 2021: Which Provider Is Right For You?