Facebook Messenger is a great way to connect with friends. But when you no longer want that connection, you need to know how to remove someone from the chat app. Depending on the person and their connection to you, this can be accomplished in different ways.

Note: The following instructions are for the mobile app, but you can apply them from the desktop version of Messenger, too. Instead of tapping the information icon, tap the down arrow next to the person’s name to open up the same type of menu and options.

How to delete friends on Messenger

If you have a friend who’s not so close anymore, there’s only one way to fully delete them from Messenger: Unfriend them. (See “How to unfriend someone on Messenger” below.)

If you do want to stay friends with them but just want to stop them from messaging you, you can block their messages or calls by following these steps:

2. Locate the person you want to block. 3. Tap their name to open their messages. 4. Tap the “Information” icon at the top right (a white “i” inside a blue circle).

5. Scroll down in the menu beneath the contact’s name. Tap “Block.” 6. In the next window, tap the first option: “Block on Messenger.” 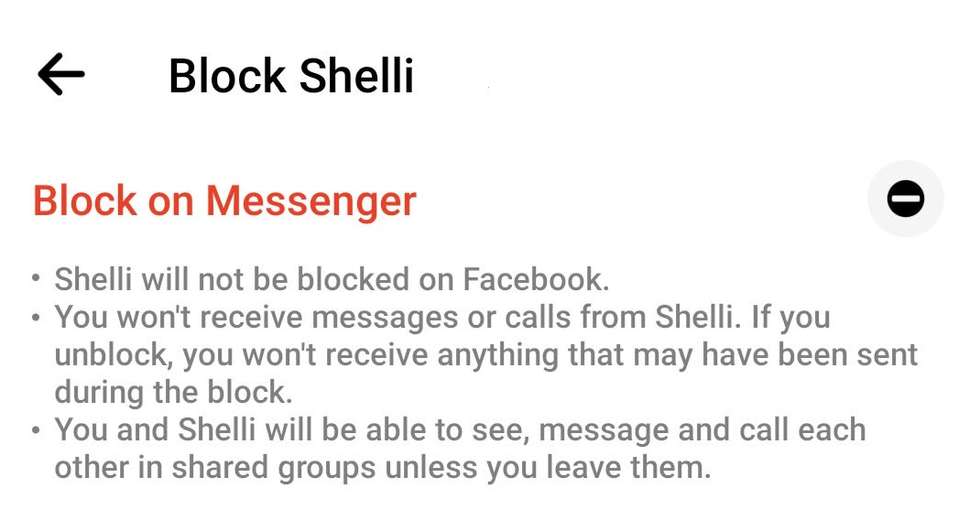 7. A window will pop up giving you one last chance to change your mind. If you want to complete the process, tap “Block.” How to unfriend someone on Messenger

If you’re fed up with someone and no longer want to be their friend at all, you can unfriend them by blocking them. That automatically removes them as a Messenger contact. To unfriend or block someone on Messenger this way, follow these steps:

How to remove nonfriends or contacts from Facebook Messenger

Lots of people can contact you through Messenger that you’re not friends with. Maybe you got a message from someone in a mutual group, or you sold or bought something through Marketplace. If you don’t want to see any messages from them again, you can simply choose to ignore them.

6. In the warning window that pops up, tap “Ignore.”

That’s it! Any messages from that person will be sent to Spam, and Facebook will not notify the person that you are not receiving the messages.

How to remove someone from Messenger group

When you have started a Messenger group but no longer want someone to be able to send messages through it, you can remove them by following these steps:

4. Tap the member’s name that you want removed. (Joni is to be removed in this image.) 5. The person’s information page will appear. Tap “Remove from Group”. Note: Be certain you want to do this; Messenger will not give you a second chance. 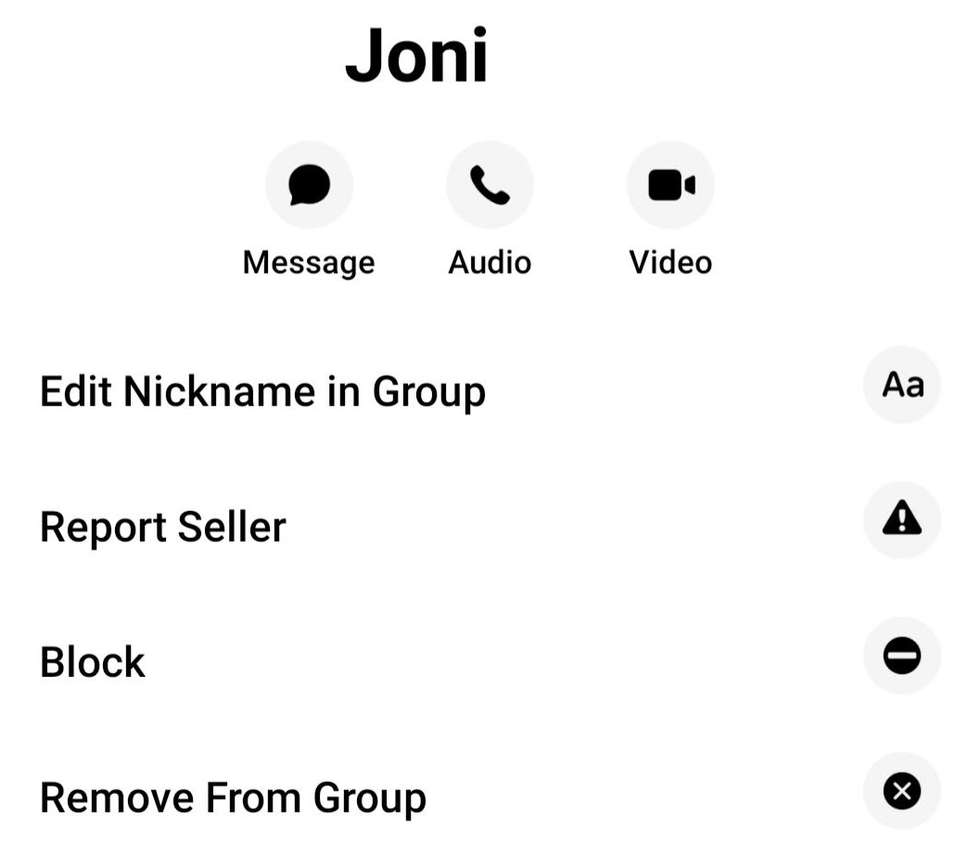 The person will be removed immediately.

If I unfriend someone on Messenger, what happens to the messages?

The messages you’ve sent one another through Messenger will still remain even when you block or unfriend someone. You can remove the entire conversation from your side of the app, but the other person will still be able to see your previously sent messages until they choose to remove them on their own app.

That’s why it’s important to only send messages you’re comfortable sharing. There’s no guarantee the other person will ever remove your messages or not share them in the future.

How to Unblacklist a Phone: 9 Tips for Blacklist Removal

How to Create Gmail Account Without a Phone Number

How to Unblacklist a Phone: 9 Tips for Blacklist Removal

How to Create Gmail Account Without a Phone Number